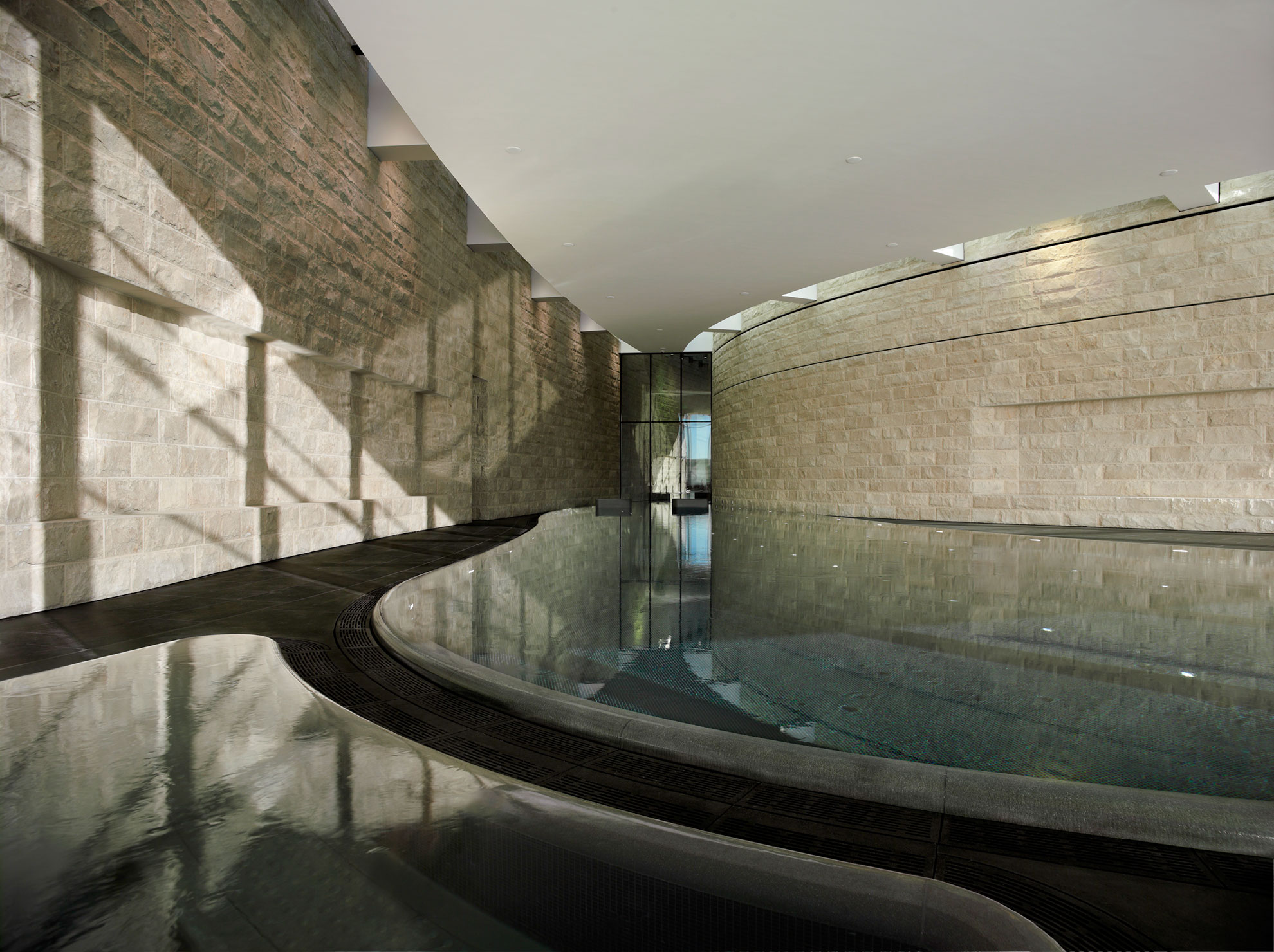 The Dolder Grand has a long spa tradition — it originally opened in 1899 as hotel and kurhaus (“cure house”), the traditional health spa of 19th Century Europe. After the hotel’s 4 year restoration, the new 4,000 sqm / 13,123 sqft spa is now situated over two lower levels in the new wing of the hotel, designed by Norman Foster.

Reimagining fully the use and distribution of the spaces, a winding stone canyon leads from a domed meditation space, frames the black swimming pool and follows on to form the walls of the spa wing, creating a dramatic yet serene space. The resulting design is a celebration of volume, light and local black stone Dietfurter Gala. 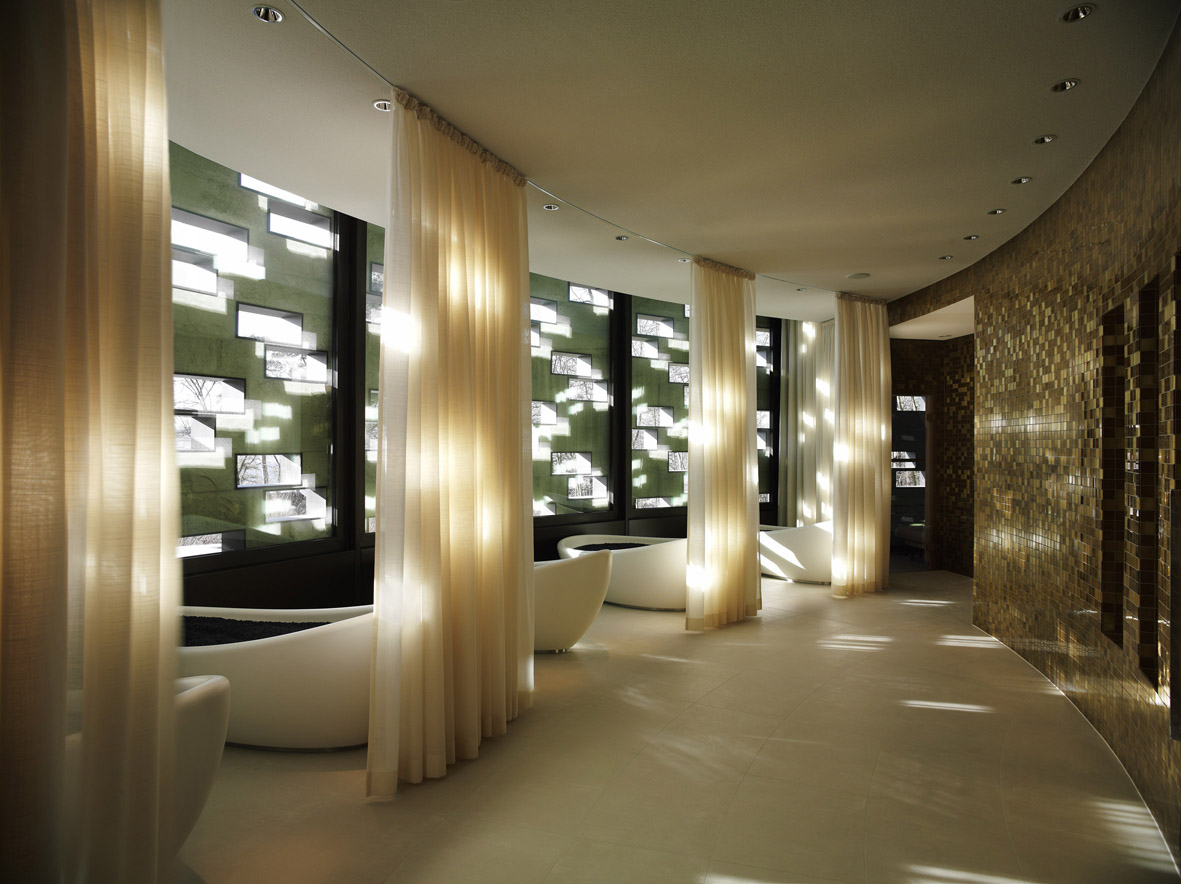 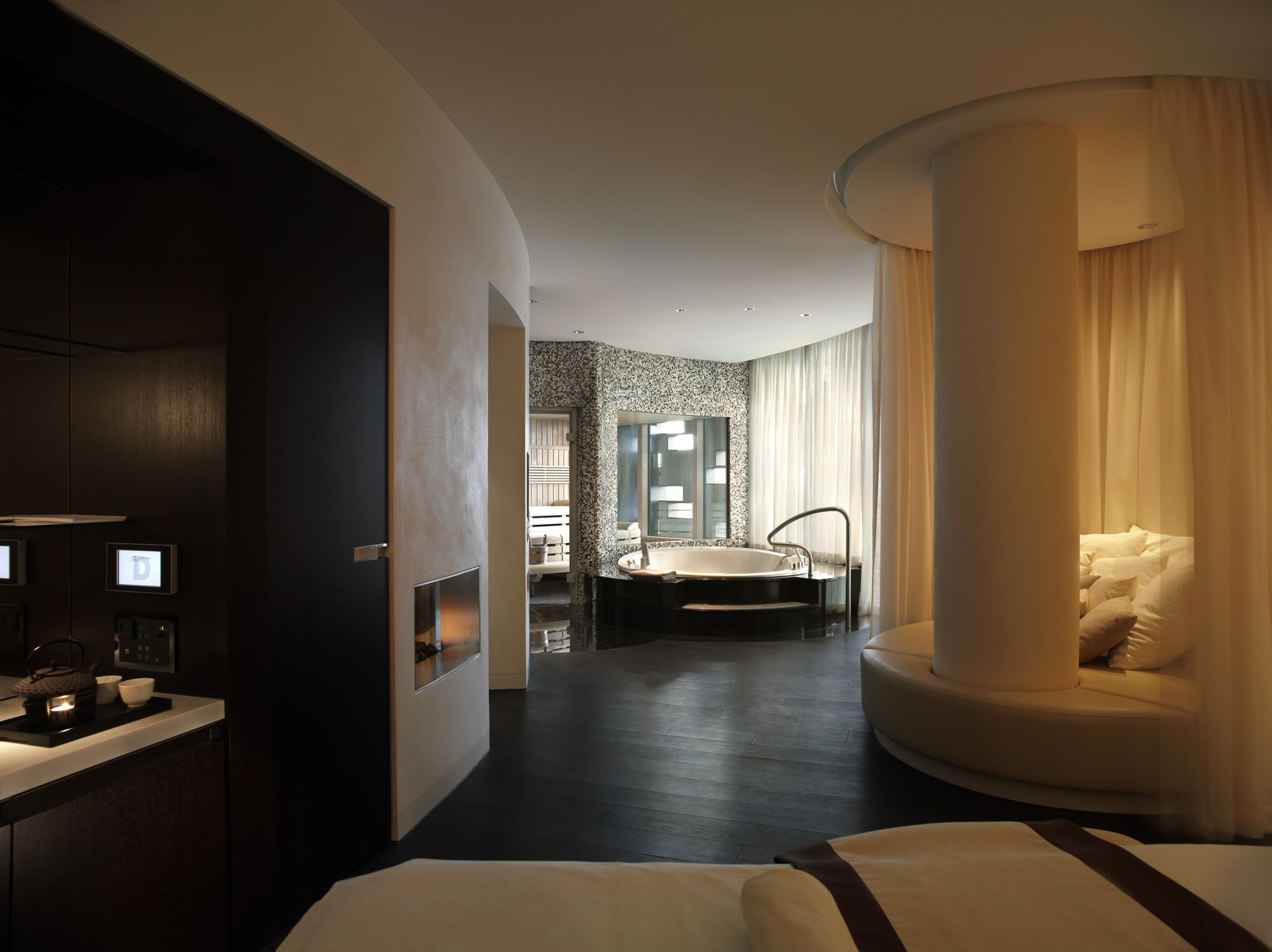 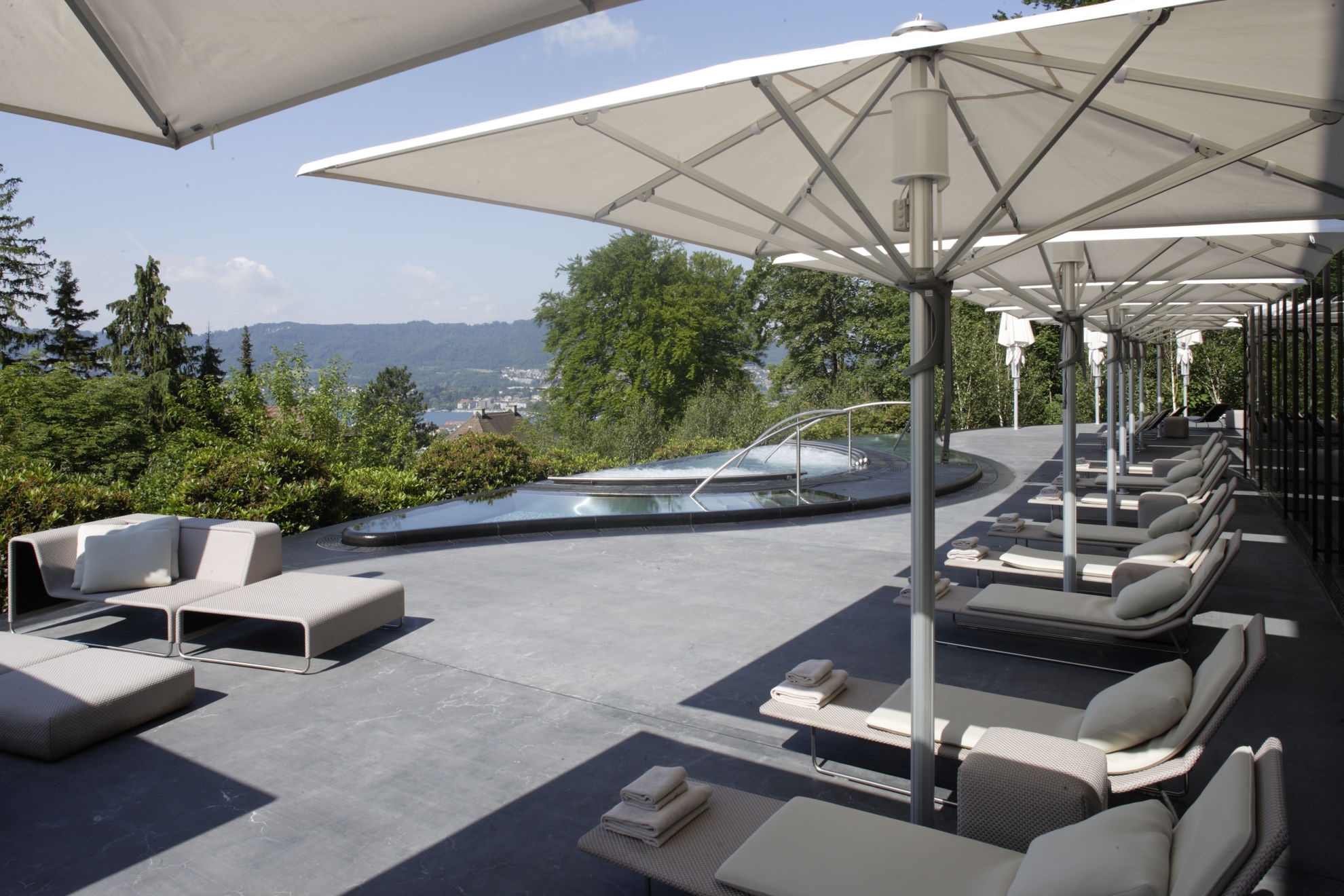 This site uses cookies, by continuing to browse the site you are agreeing to our use of cookies.
Find out more Dismiss